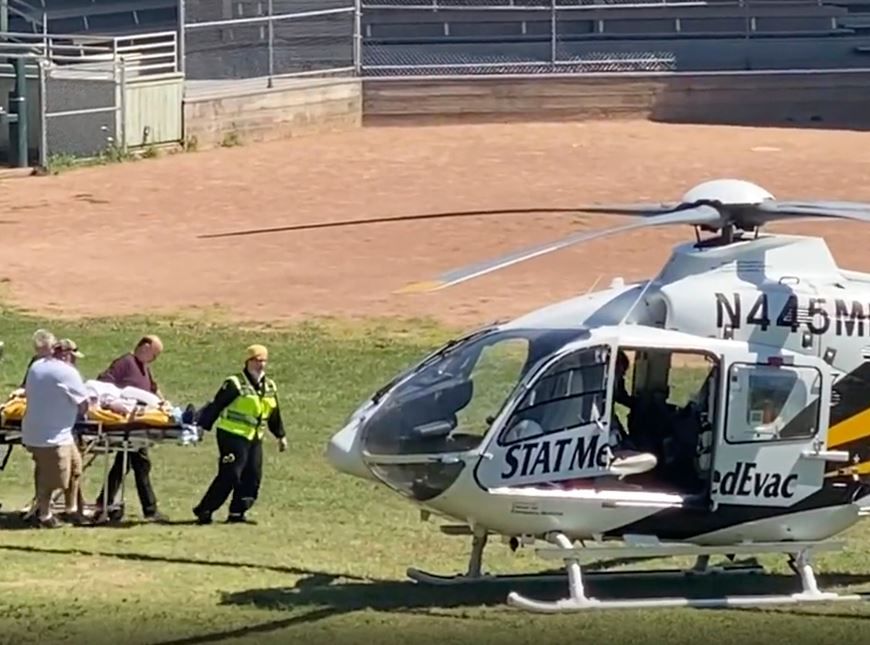 Eye witness account of attack On Salman Rushdie: An eyewitness narrated what happened on stage when celebrity author Salman Rushdie was attacked. Cincininatti resident Valerie Haskell described medics rushing to the scene after writer Salman Rushdie was stabbed by an audience member before a lecture in western New York on Friday. “People jumped onto the stage from the audience to the point where there were probably 20 people on stage pulling the attacker off and keeping him contained,” she said.Also Read – Salman Rushdie Receiving Treatment: NY Gov Kathy Hochul; Information About Attacker Soon

“They called for medics at that point and there happened to be at least four physicians in the audience who were able to come up on stage and help until the live squad arrived,” she added. Haskell’s husband, Martin, was one of the physicians in the crowd who came to help, she said. Also Read – Salman Rushdie Stabbed In New York: 10 Lesser Known Facts About The Controversial Author

“He (the attacker) actually went at him at least 10 to 15 times. He connected fewer than that: three most likely,” she said of the knife attack. Salman Rushdie, the author whose writing led to death threats from Iran in the 1980s, was attacked and apparently stabbed in the neck Friday by a man who rushed the stage as he was about to give a lecture at the Chautauqua Institution. Rushdie had a bounty on his head offering more than $3 million for anyone who kills him. A bloodied Rushdie, 75, was flown to a hospital. His condition was not immediately known. Also Read – Salman Rushdie Stabbed in Neck at New York Event, Airlifted to Hospital; Attacker Arrested | Top Developments

Rabbi Charles Savenor was among the roughly 2,500 people in the audience. Amid gasps, spectators were ushered out of the outdoor amphitheater. The assailant ran onto the platform “and started pounding on Mr. Rushdie. At first you’re like, ‘What’s going on?’ And then it became abundantly clear in a few seconds that he was being beaten,” Savenor said. He said the attack lasted about 20 seconds.

Another spectator, Kathleen Jones, said the attacker was dressed in black, with a black mask.

“We thought perhaps it was part of a stunt to show that there’s still a lot of controversy around this author. But it became evident in a few seconds” that it wasn’t, she said.

Rushdie has been a prominent spokesman for free expression and liberal causes. He is a former president of PEN America, which said it was “reeling from shock and horror” at the attack.

SALMAN RUSHDIE ATTACKED ON STAGE: WHAT WE KNOW SO FAR

Reactions Pour In On Rushdie Attack

Appalled that Sir Salman Rushdie has been stabbed while exercising a right we should never cease to defend.

Right now my thoughts are with his loved ones. We are all hoping he is okay.

I condemn the barbaric attack on Salman Rushdie by some fanatic . I hope that NY police and the court will take the strongest action possible against the attacker .