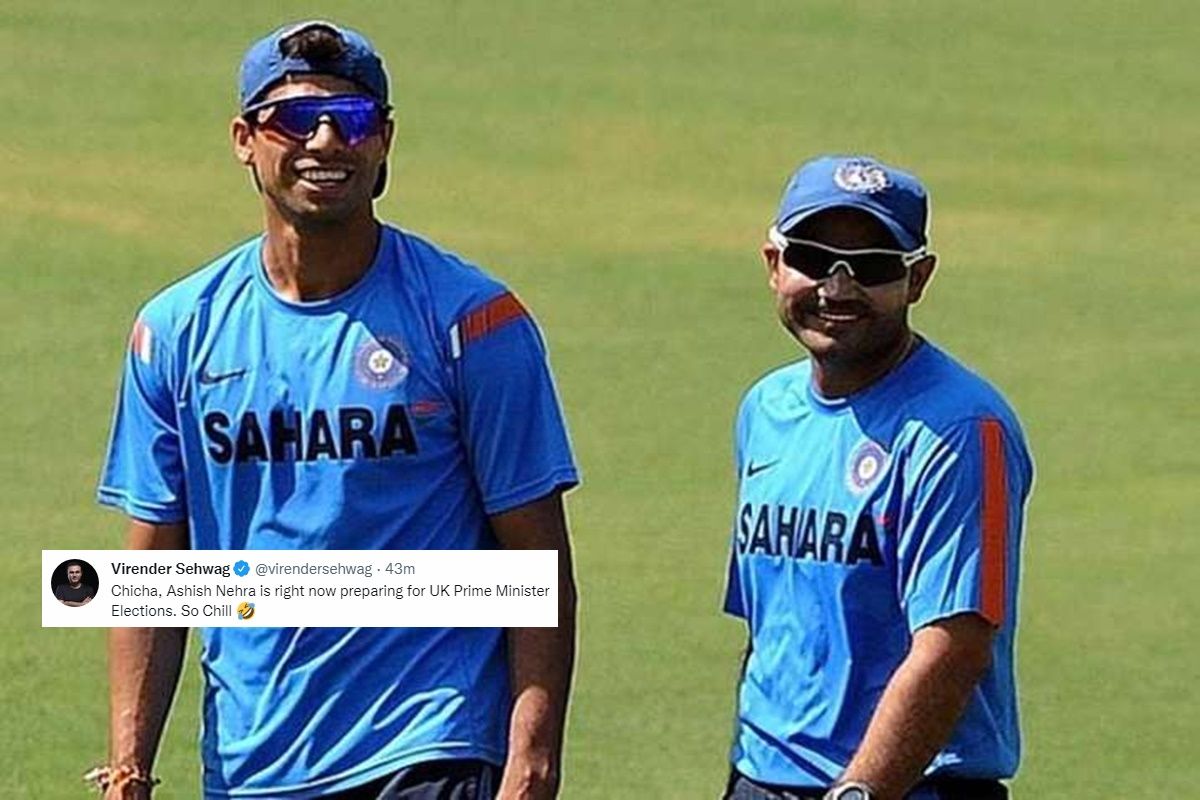 New Delhi: It is no secret that ex-India players Virender Sehwag and Ashish Nehra are extremely popular among fans. They are funny and that is what makes them a favourite among fans. Sehwag, who is known for his cheeky and hilarious comments on social media came up with something hilarious for Nehra. Sehwag hilariously claimed that Nehra is preparing for the UK Prime Minister elections.Also Read – Pakistani Boxers Suleman Baloch and Nazeer Ullah Khan Go Missing From Birmingham Airport

He claimed this with a cutout which claimed that Pakistan’s javelin thrower Arshad Nadeem defeated Ashish Nehra to complete a sweet revenge. The facts are wrong and hence Sehwag latched onto it. Also Read – Uttar Pradesh Government To Honour Commonwealth Games Medallists

The fact is Arshad from Pakistan won gold in the recently concluded Commonwealth Games in Birmingham where he breached the 90-metre mark and became the first Asian to do so. His Indian rival Neeraj Chopra did not participate in the Men’s javelin due to an injury. The Indian won gold in Tokyo Olympics last year where he defeated the Pakistani.

Going by social media, there is a lot of love and respect between the two top javelin throwers. Neeraj congratulated the Pakistani after his gold at Birmingham.

Fans would love to see them in action in javelin soon. That could happen in the near future.