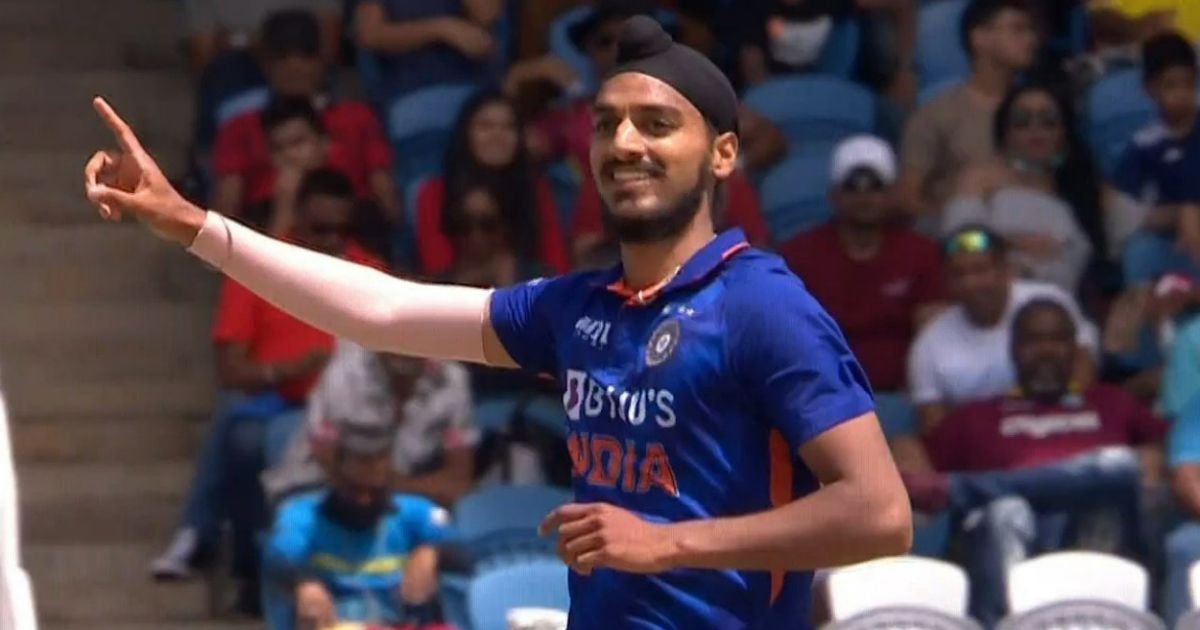 New Delhi: There are some cricketers whose career graph somehow seems to reflect their persona. Arshdeep Singh is not your archetypal fast bowler, all fire and brimstone. In fact, he’d be quite flattered if he were to be counted as a ‘fast’ bowler. The rather quite youngster, with a very pleasant smile and demeanour isn’t someone who will spark fear among the batters. But therein lies his advantage. Arshdeep Singh will often not be taken too seriously, till he lands the cricket ball. If his control keeps him company, then the young left-arm seam bowler will be the only one left smiling.
Arshdeep’s rise since the Indian Premier League (IPL) 2022 season has not been as meteoric as, say Umran Malik. While the Jammu and Kashmir fast bowler hit the scene like a runaway train, the left-armer’s progress has more like that of the steady commuter, halting at many stations.
But then, Umran is now off the charts, as fast as he came in, while the cricket fans are beginning to question every time Arshdeep is left out of the bowling attack.Also Read – IND vs WI 1st T20I Highlights Scorecard: Rohit-Karthik Star With The Bat As India Beat Windies By 68 Runs

What he provides is simple – he provides control and, more importantly, variety. It has been quite a while since the slew of left armers for India left the scene. Since the days of Zaheer Khan, Ashish Nehra, RP Singh and Irfan Pathan, India have been struggling to find such options. T. Natarajan was considered for a while but he too has gone off the boil. Also Read – IND vs WI 1st T20I: Bowlers Run Riot As India Rout West Indies By 68 Runs To Take 1-0 Lead

Arshdeep too is definitely not a certainty in all formats. In fact, his type of bowling more or less warranties that he doesn’t play the longer formats, since he will be found out for sure. But when it comes to 20-over cricket, his four overs could well make a lot of difference.
Four wickets in the two T20 Internationals Arshdeep has played, including two tail-enders, may not read like much, but there is not debating that his economy has so far been good. There definitely will be days when he will get punished, but that is true of all bowlers, irrespective of their pace or credentials. Also Read – IND vs WI T20: Rohit Sharma Warns Team India Ahead of 1st T20I Against West Indies

India’s pace attack looks good till it comes under pressure (as with all attacks), and then the sameness of three or four right-arm over seamers can be an impediment. All top sides are keen to have the left-arm option, as seen with England’s Reece Topley, Sam Curran and David Willey; Shaheen Shah Afridi of Pakistan; Mitchell Starc in Australia; Trent Boult from New Zealand and Mustafizur Rahman from Bangladesh, to name a few.
So, India too should consider this option seriously, and they already halfway there, in fielding Arshdeep Singh. Maybe the youngster needs to be given the confidence of a string of matches instead of these bits and pieces. That could be the difference between him being a bit role player or a main character in the Indian scheme of things.