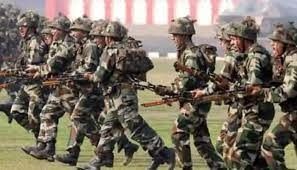 Patna: In a shocking incident, an Army soldier was on Wednesday shot dead by two men on a bike in a crowded market in Patna. Identified as Bablu Kumar, the Army soldier was posted in Arunachal Pradesh and had come home on leave. The incident happened when he was on the way to the Patliputra station when the two men stopped his car.Also Read – CCTV Captures Horrifying Moment Of Bihar Girl Being Shot At In Patna | Video

As per a report by NDTV, the soldier was on way to Patliputra railway station along with his brother when the two men overtook his bike and asked for an address. The time he stopped his bike to help them, he was shot in the head and died on the spot immediately. Also Read – Modi Ko Hatana Hai: Lalu Prasad Yadav Says ‘Dictatorial Government’ Has To Be Removed In 2024

Giving details, police said the miscreants tried to shoot his brother but he managed to escape. Police further added that the CCTV footage is being examined and a probe is underway. Also Read – Assam Man Beheads Villager Over Rs 500 Bet on Football Match, Walks 25 Kms to Reach Police Station With Severed Head