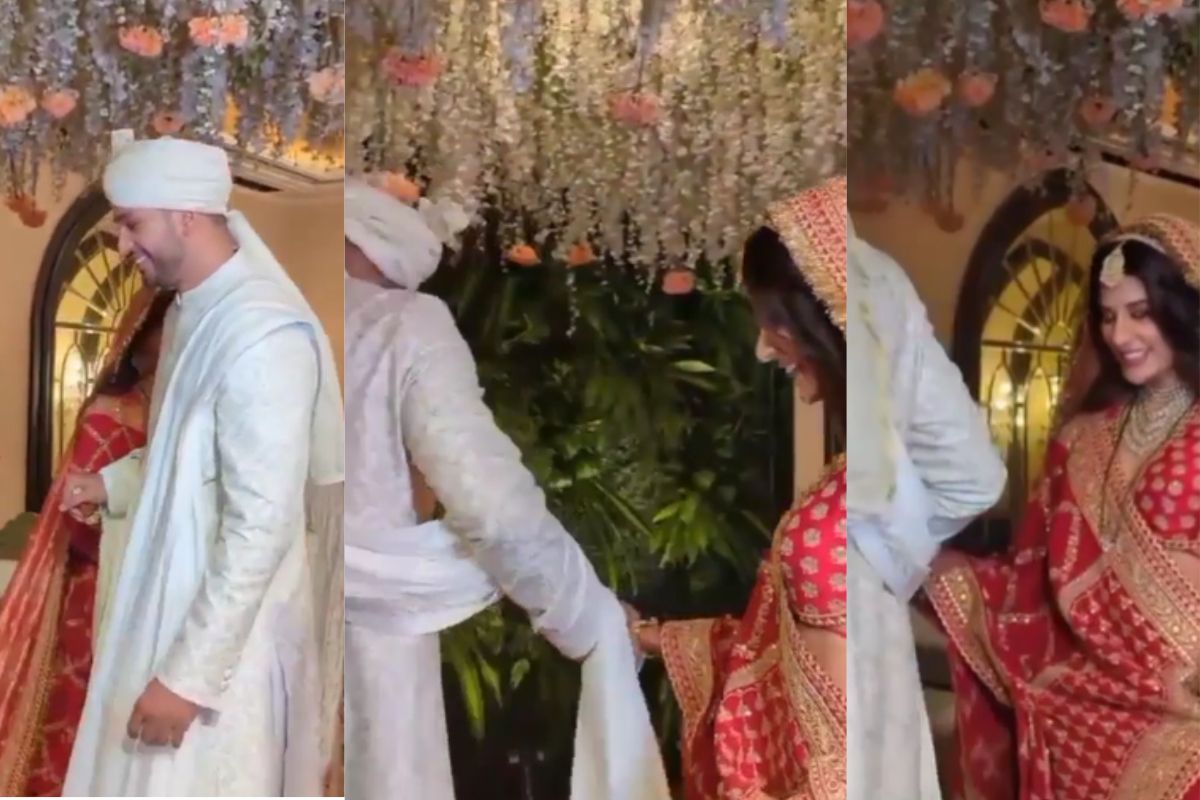 Mumbai: Singer Arjun Kanungo and his longtime partner Carla Dennis exchanged wedding vows in Mumbai on Wednesday. Social media is flooded with their wedding pictures and videos. Arjun’s ladylove looked lovely in a red bridal lehenga, while the groom looked chic in an ivory sherwani. In a viral video, Arjun held Carla’s hand as they can be seen circling the flames. The bride flaunts a big smile as she looks toward the camera. The Taj hotel in Mumbai hosted the wedding ceremony.

In the Mehendi pictures, the couple can be seen grinning and engrossed in each other’s eyes. Arjun wore a white kurta, a white Nehru jacket, and other white ethnic clothing. In one of the pictures, Arjun was holding Carla and they were gazing into each other’s eyes. In another, they were smiling and we were in awe. They may be seen posing on the stairs in one of the pictures.

Arjun Kanungo shared an Instagram post to announce his wedding with ladylove Carla Dennis. His caption read, “Marrying my best friend in less than a week @carlaruthdennis are you readyyyyy.” Carla replied in the comment section, “I’m ready !!!!” They dated for more than seven years.