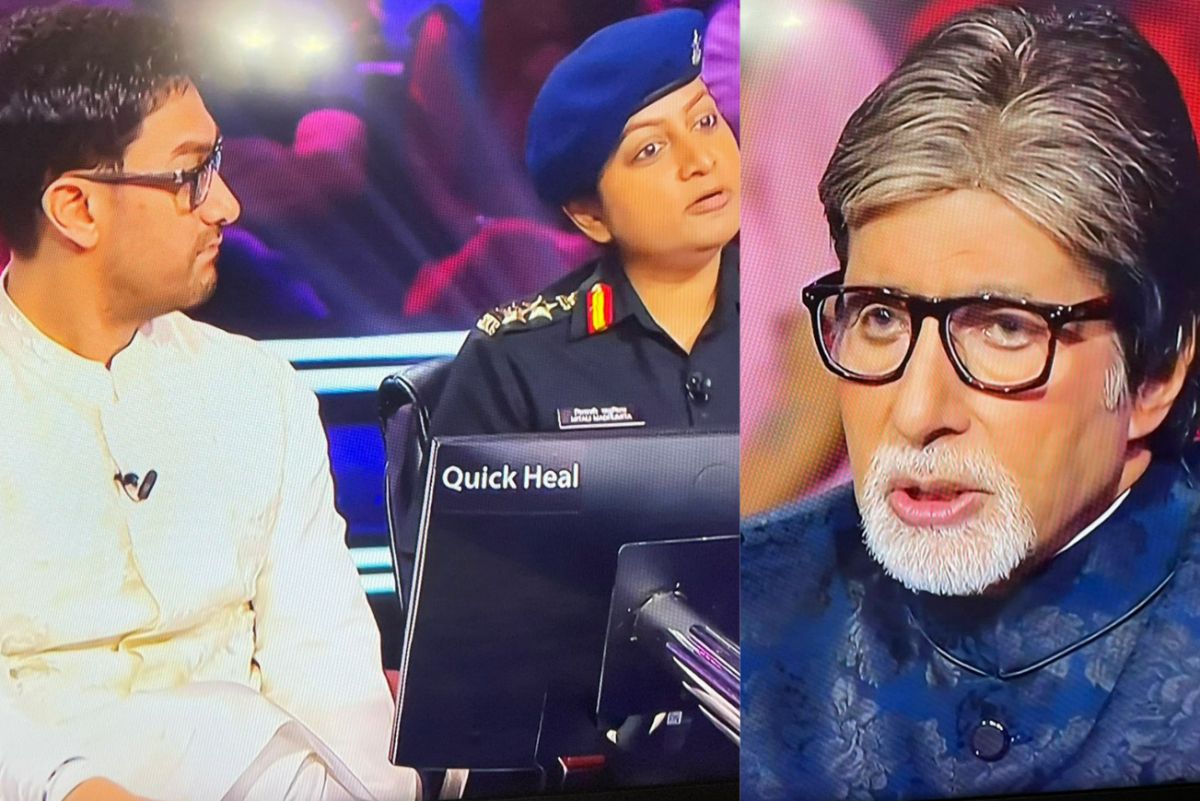 KBC season 14 has new theme music and one can see the newness in the show. The theme of KBC 14 celebrates 75 years of Independence, and also, the elements have been changed in the prize money. The money tree will witness a Naya Padaav, which is the Dhan Amrit of Rs 75 lakh. As they advance, the competitors can also unlock the ‘Tilasmi Tijori’ by taking home a ‘Maha Dhanrashi’ worth Rs 7.5 crores. The show will also bring back the children’s special week, where the young geniuses will once again control the hot seat, along with popular lifelines Audience Poll, Video-a-Friend, and 50:50. Also Read – ‘Masoom Sawaal’ Poster Lands Into Controversy Over Depiction Of Lord Krishna’s Image On Sanitary Pad

Check Out Questions And Answers From Tonight’s Show:

Q. If it is Arigato in Japanese, Shukran in Arabic and Merci in French, what it is in Hindi?

Q. In April 2022, Elon Musk made an offer to buy a company led by a CEO of Indian origin?

Q. On which apt date did the President of India present the Nari Shakti Puraskar in 2022?

Q. According to the local lore of Kerala, it is believed that this bird fell on the rocks in Chadayamangalam in the Kollam district of Kerala after his wings were clipped off by Ravana.

Q. Which weapon, prominent in Hindu mythology, shares its name with a missile system developed by India?

Q. The actor Dev Anand became friends with which director in Pune in the 1940s because a laundryman mixed up their clothes?

Q. According to director SS Rajamouli, one of the inspirations for the movie RRR was another movie about which revolutionary?

Q. Salvador Dali, the iconic artist who designed an ashtray for Air India, asked for which animal as remuneration for his work?

Q. Which pair of Indian presidents have presented the Bharat Ratna to each other?

MC Mary Kom and Sunil Chhetri join Amitabh Bachchan on the hot seat. Mary Kom is one of the most decorated boxers in the world. She is playing to support her foundation – Mary Kom Regional Boxing Foundation. On the other hand, Sunil Chhetri is the captain of the Indian National Football Team.

Q. Bisi Bele Bath is a rice dish most popular in which state

Q. During a Bengali wedding, what part of the bridegroom’s body is adorned with the topor?