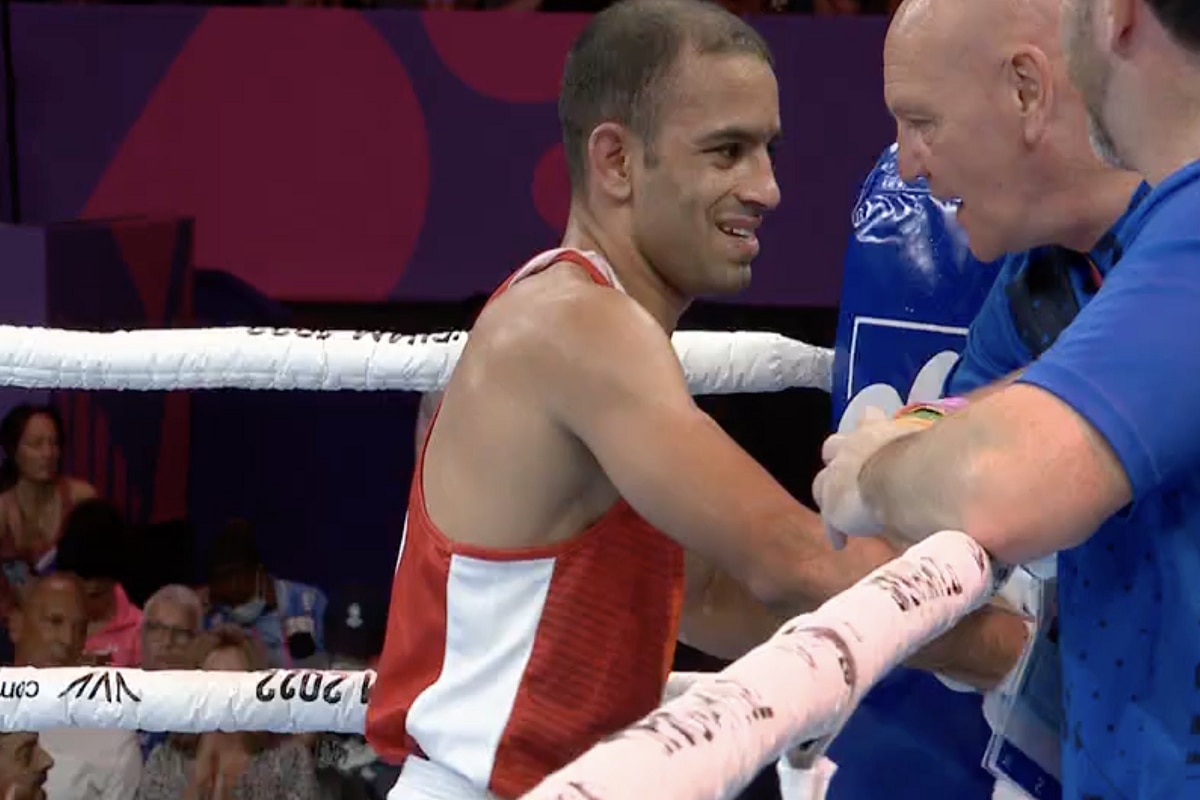 Birmingham: Indian boxers Amit Panghal and Jaismine Lamboria advanced to the semi-final at 2022 Commonwealth Games after winning their respective quarter-final bouts, assuring two more medals for the country, here on Thursday. Former world No 1 Amit, who had to settle for a silver medal at Gold Coast 2018, beat young Scottish boxer Lennon Mulligan 5-0 in his quarter-final to storm into the semi-finals of the men’s flyweight 51kg boxing event at the National Exhibition Centre (NEC) in Solihull.Also Read – India vs Wales Hockey, CWG 2022 Highlights: Harmanpreet’s Hat-trick Powers IND To 4-1 Win Over Wales

The Indian, who had defeated Vanuatu’s Namri Berri by unanimous decision in the round of 16, however, moved up a gear midway through the first round and landed a few heavy lefts to finish strong. Also Read – CWG 2022, Boxing: Tokyo Olympic Bronze Medallist Lovlina Borogohain Crashes Out In Quarterfinals

Mulligan came out swinging in the second round and stayed busy on the mat to push the Indian to the ropes. The experienced Amit, though, counter punched his way out of the seize and nicked the second round off the young Scotsman as well on the scorecard.

The third round was one-way traffic as Panghal controlled Mulligan throughout and easily emerged the victor by unanimous decision.

“I am confident of winning the gold medal especially after that performance. I had never boxed him before so I didn’t know much about him but I had a strategy and it worked very well. I hit and moved. I have been working on my endurance and footwork and I feel so strong because I know I can win every fight,” said Amit after the win.

In the semi-finals at Birmingham 2022, the 26-year old Panghal will be up against Zambia’s Patrick Chinyemba, who knocked out Australia’s Alex Winwood in his final eight bout.

Meanwhile, in the women’s 60kg lightweight division, India’s Jaismine managed to beat New Zealand’s Troy Garton by a 4-1 split decision to enter the final four and secure herself a CWG 2022 podium finish.

The 20-year-old will face Gemma Paige Richardson in her semi-final bout on Saturday. Before Amit and Jaismine, Nikhat Zareen (50kg), Nitu Ganghas (48kg) and Mohd Hussamudin (57kg) had also reached the semifinal stage. So, a total of five boxing medals have been assured for India at CWG 2022, so far. Notably, both losing semi-finalists win a bronze and reaching the top four guarantees a medal in boxing.