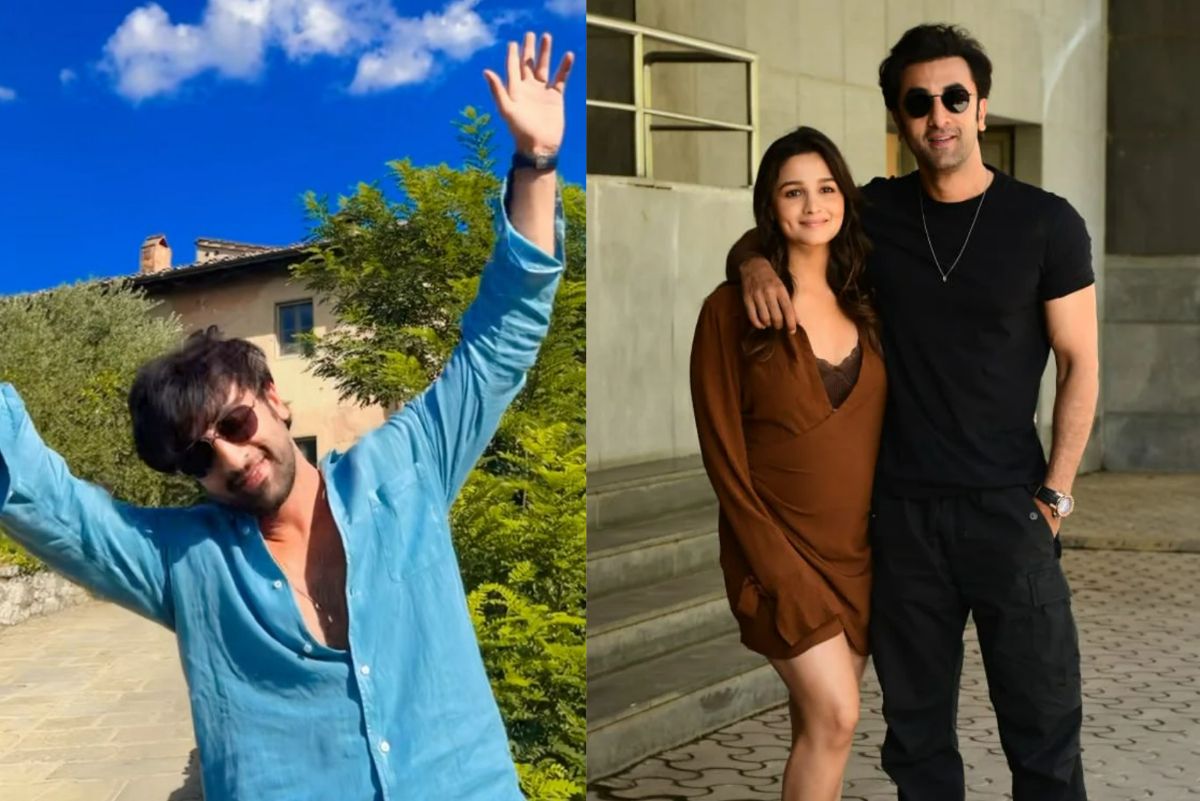 Alia Bhatt-Ranbir Kapoor Babymoon: Alia Bhatt and Ranbir Kapoor, who exchanged wedding vows in an intimate ceremony in Mumbai, are all set to embrace a new chapter in their lives. The adorable duo jetted off to Italy to take a small break. The mom-to-be Alia shared a new video of her husband Ranbir dancing to the recently released song from their upcoming movie Brahmastra on her social media. Alia captioned the post, “The light of my life,” alongside fire emojis.Also Read – Alia Bhatt Looks Lovely in Her Lemony Sunshiny Photo From Babymoon With Ranbir Kapoor

Alia posted a video from picturesque Italy on her Instagram page. Ranbir can be seen peacefully sitting on a wall, gazing out at a magnificent scene. The father-to-be can be seen sporting a blue shirt and a pair of blue jeans. He finished his appearance by donning a pair of stylish sunglasses. With his messy hair, he had easy good looks. Ranbir can be seen wearing a broad smile and grooving to his song Deva Deva as Alia pans the camera over to him.

The video garnered immense love and admiration from their fans and family. One of the users wrote, “Favourite forever.” Another user wrote, “Wow…nice to see him grooving to Deva…deva. Waiting to see you both together for Brahmastra promotions.” Alia’s sister-in-law Riddhima dropped heart emojis on the post.

Brahmastra, which was directed by Ayan Mukerji, is Alia and Ranbir’s first joint effort. Ranbir will play the part of Agni Astra in the film and Alia plays his love interest Isha. It’s interesting to note that they started dating while making the movie. As long as Brahmastra was being made, Alia and Ranbir were together for over five years. In April of this year, the pair officially got hitched and announced their pregnancy two months later.

We wish nothing but love and light for Alia and Ranbir!