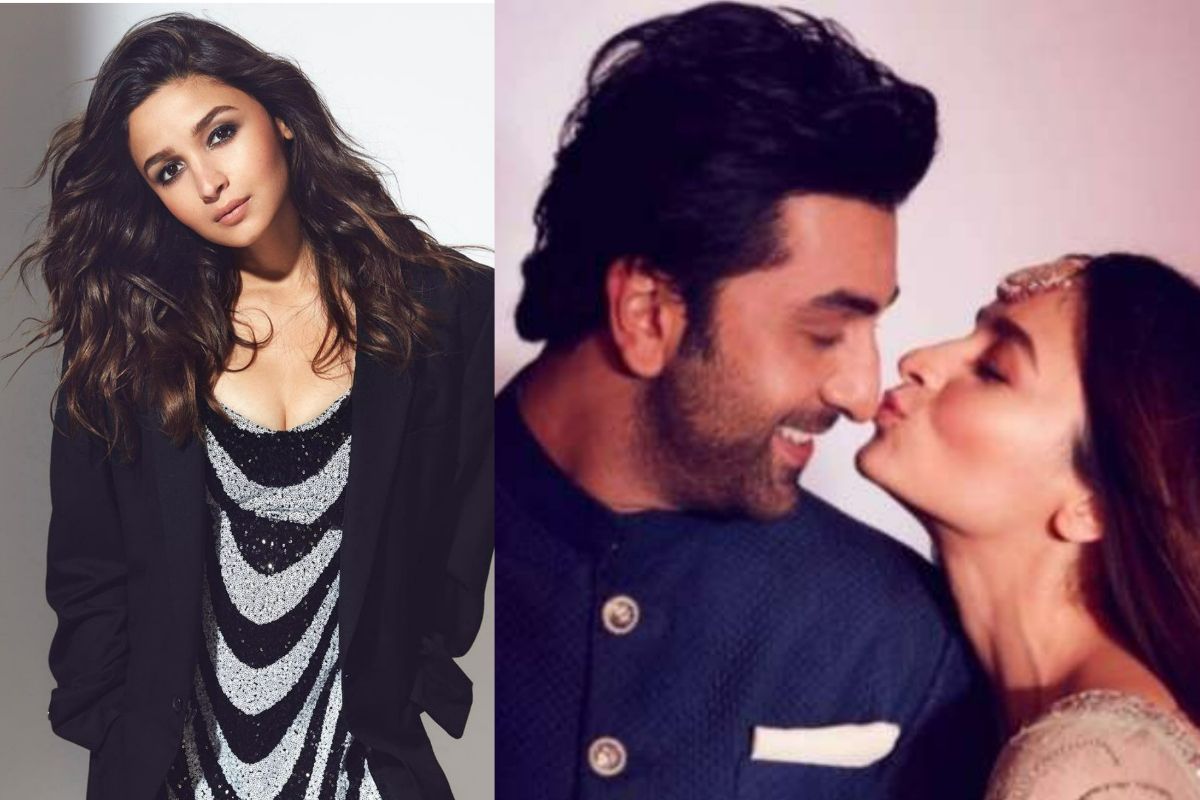 Alia Bhatt’s Latest Pictures: Bollywood superstar Alia Bhatt is on a promotional spree amid her pregnancy. The mom-to-be turned into a glam doll as she stole her husband Ranbir Kapoor‘s jacket to complete her look. Alia, who is excited to embrace the new phase of her life with her actor husband has wowed the fashion police yet again. The actor posted a few photos of her outfit of the day, which featured a sparkly black and white striped dress. Her baby bump was completely hidden by the short, baggy dress. She enhanced her appearance with a black blazer from her husband’s closet.Also Read – Ek Villain Returns Box Office Report: Arjun Kapoor, Disha Patani’s Film Get An Average Start With Rs 7.5 Crores On Day 1, Opens Better At Single Screens

Sharing pictures on her social media, Gangubai captioned them, “while the husbands away — I stole his blazer to complete my look today — thank you my darlings,” alongside eye, sunshine and smiley face emojis. Also Read – One Dead In Fire Incident On Sets Of Ranbir-Shraddha’s Upcoming Luv Ranjan Film

Friends and close friends from the industry quickly reacted to the picture. While Ananya Panday wrote, “Aliaaaa,” alongside heart-eye emoji, mother Soni Razdan dropped laughing and heart emojis. Sister-in-law, Riddhima Kapoor called her prettiest in her outfit alongside red heart emojis. Alia’s fans couldn’t control their excitement and flooded the post with fire, heart-eye emojis. One of the users wrote, “Mind-blowing pictures.” Another user wrote, “Was waiting for this. ” One of her fans also wrote, “Love how you casually steal his clothes.”

Alia Bhatt and Ranbir Kapoor started dating after spending time together on the Brahmastra sets in 2017. They got married in a small, private ceremony at their Bandra home, Vastu, on April 14, 2022. Their wedding festivities were attended by close friends and family.

Mom-to-be Alia Bhatt has several projects in her pipeline including her Hollywood debut with Heart of Stone. Her subsequent appearance will be in Jasmeet K Reen’s Darlings. The movie, which was produced by Alia, Gauri Khan, and Gaurav Verma, will debut on Netflix on August 5. The diva is also awaiting the release of her mythological trilogy Brahmastra starring Ranbir Kapoor.