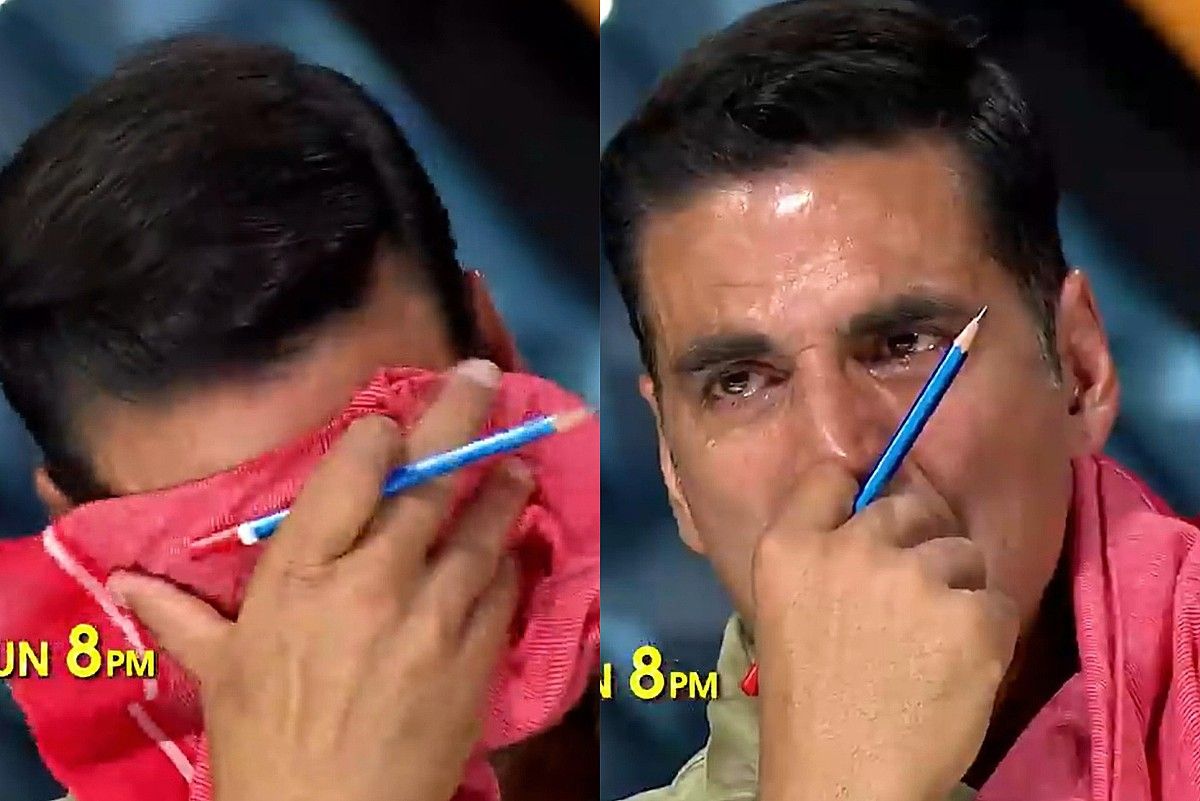 Akshay Kumar emotional video: Akshay Kumar is currently busy promoting his upcoming movie Raksha Bandhan in the media. The actor recently taped a promotional episode for Sony TV’s show Superstar Singer 2 and a new promo now shows him tearing up as a contestant sings a song. The video that is now going viral on social media was shared by the channel on Thursday night. It features Akshay going emotional as a kid sings ‘Ek Hazaron Me Meri Behna Hai’ on the stage.Also Read – Subramanian Swamy Accuses Akshay Kumar Of Depicting Wrong Facts In Ram Setu, Might Ask For His Arrest And Expulsion From India

The singing reality show is judged by Alka Yagnik, Himesh Reshammiya and Javed Ali while the popular participants from Indian Idol 12, Pawandeep Rajan and Arunita Kanjilal among others act as mentors. In a Rakhi special episode, the entire team of Raksha Bandhan along with director Aanand L Rai and Akshay interacted with the kids and praised them for their singing skills. Also Read – Akshay Kumar is The Highest Taxpayer Once Again, Gets Felicitated by Income Tax Department

At one point, Akshay breaks down remembering his sister Alka Bhatia as a contestant singing the beautiful Bollywood number. The pictures of Akshay and his sister Alka also run in the background and the entire mood turns emotional on the sets. Also Read – On Koffee With Karan 7, Akshay Kumar Reacts To Being Called ‘Canada Kumar’, Don’t Miss His Expression

Check out the promo of Sony TV’s Super Singer 2 here:

Akshay’s film Raksha Bandhan features Bhumi Pednekar alongside him. It also stars Sadia Khateeb, Sahejmeen Kaur, Smriti Srikanth and Deepika Khanna as the actor’s sisters. The film is slated to hit the screens on August 11 and will be facing a Box Office clash with Aamir Khan’s Laal Singh Chaddha. Watch this space for all the latest updates on Akshay’s Raksha Bandhan!