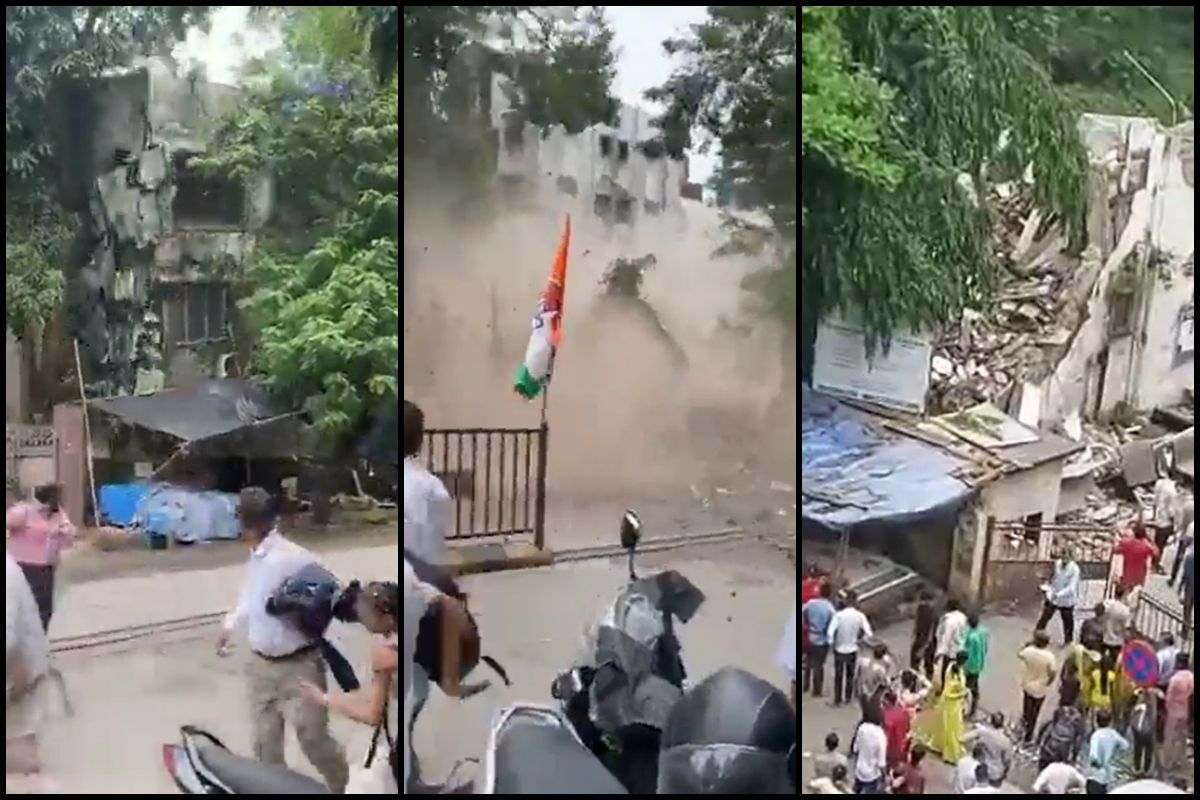 Mumbai: A four-storey building collapsed in Saibaba Nagar of Borivali West in Mumbai on Friday. According to the Brihanmumbai Municipal Corporation (BMC), the building had no residents. The incident was reported between 12:30 to 13:00 hours. The Mumbai Fire Brigade sent 10 fire tenders, three ambulances to the spot, and other teams have also been rushed for relief and rescue operations. The area has been cordoned off. “At least eight fire engines and fire brigade personnel rushed to the spot,” the BMC was quoted by PTI on its official Twitter handle.Also Read – Bombay HC Orders Demolition Of 48 High-Rise Buildings Near Mumbai Airport

The incident occurred when the dahi-handi celebrations were in full swing in the vicinity, and the rescuers were checking to ascertain if any persons were injured or trapped there. Also Read – BMC to Set Up Its Electric Incinerator For Pet Animals at Dahisar: Mumbai Mayor Kishori Pednekar