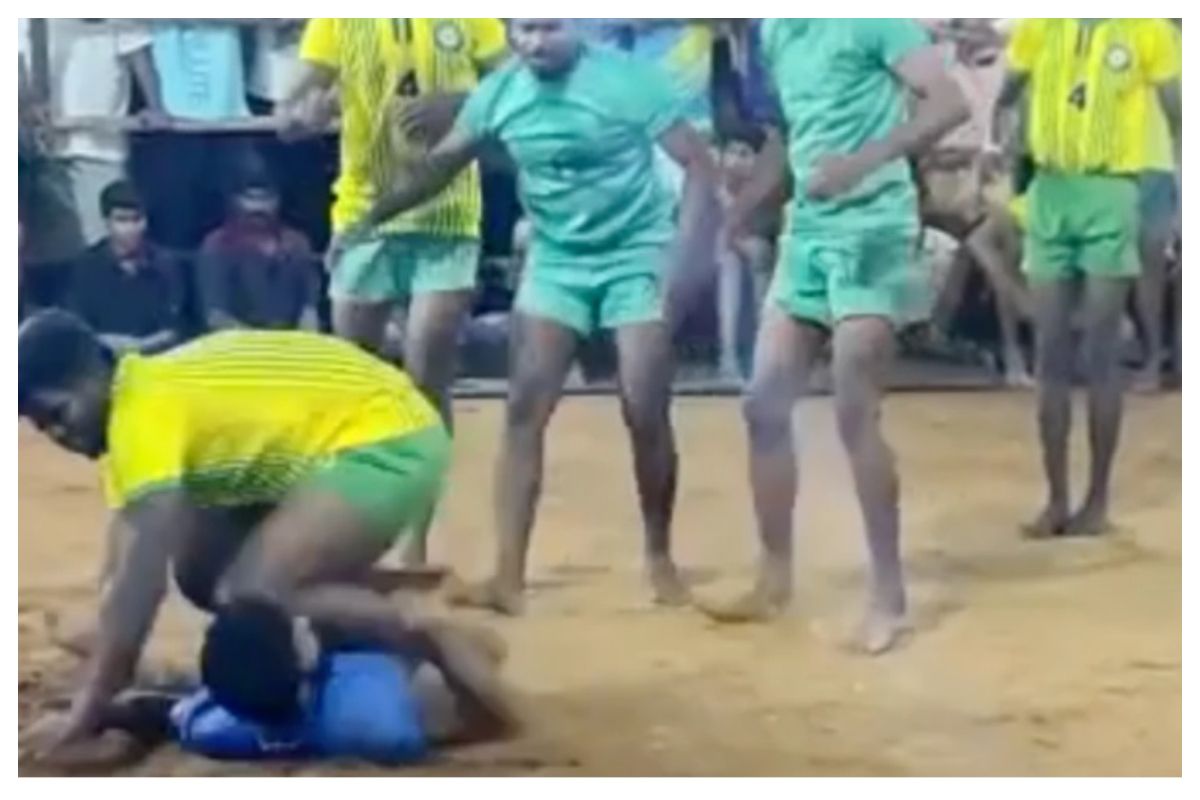 Kabaddi Player Dead: A kabaddi player died tragically during a kabaddi match in Manadikuppam village near Panruti town of Tamil Nadu. The cause of the death of the player is still beyond the imagination of the people. The 22-year-old deceased kabaddi player Vimalraj was a student at a private college in the Salem district.Also Read – Suspected Monkeypox Case Reported From Tiruchi, Tamil Nadu

The tragedy that occurred was caught on video

A kabaddi match was being played in the Manadikuppam village. The tragedy occurred when Vimalraj reached the opposing team’s side of the court and the opposing team’s players tried to stop him. A video related to this incident has surfaced which shows that the opposition players surround Vimal and drop him during which a player’s foot hit Vimal’s chest. Also Read – Online Gamers in Tamil Nadu, Attention! Govt May Soon Ban Virtual Gaming. All You Need To Know

However, Vimal could not get up after this. According to the sources, Vimalraj suffered a heart attack during the same time and became unconscious. Also Read – Weather Update: IMD Predicts Heavy Rainfall For Chennai On August 1, Several Districts To Receive Strong Wind Too

Police register a case in the matter

The doctor declared Vimalraj dead at the hospital. After the death of Vimalraj, the police registered a case in the matter. Police are probing the incident whether it is a murder or not. The body has been sent for a post-mortem.